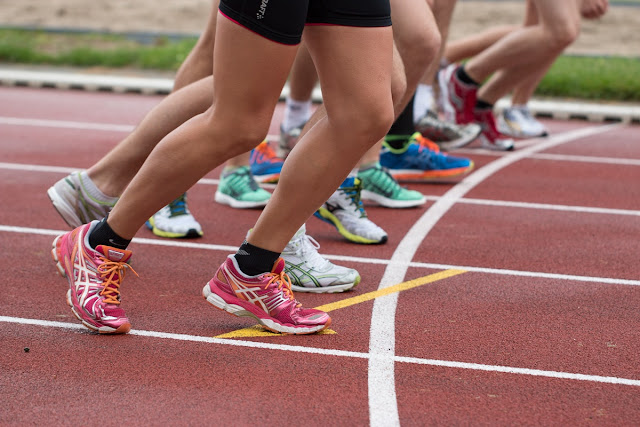 It's been quite a while since I posted about running and in all honesty, I think it's because I didn't have any races in the pipeline so I was feeling like I'd lost my running mojo.

I was still running but instead of going out 3 or 4 times a week and following a strict plan, I was just running as and when I felt like it.  I have to say, I am definitely one of those people who needs a goal or something to focus on.  I really like have a training plan as it means that I can quite literally tick off my training and get a sense of accomplishment from that...I do love a list!

After all the marathon training, I was genuinely worried that I might lose my love for running.  I had heard horror stories of other marathoners who, after accomplishing the marathon, just completely fell out of love with running and stopped completely.

I went out on the Sunday after the marathon to run the 3.7 miles for Matt Campbell, the man who sadly died in this year's London Marathon.  It was probably one of the scariest runs I had as I just didn't know whether, a week on from the marathon, my legs or my brain, would have any miles left in them.  I think as it was something so close to all the hearts of runners, it was a run that meant so very much.  It was lovely to see so many of the people who did London Marathon with me that it allayed all my fears.

However, as I've already said, since the end of April my running has been sporadic...until now.  I have signed up for a local 10K race, have gone back to my running club on a Saturday morning, and am adding more runs into my weekly training.

I have to say, joining a running club is a great way to stay motivated and it gives you the social element that so many of us long distance runners can miss out on.  I started running because I like exercising on my own but being part of the running club made me realise that running as part of a group is both inspiring and motivational.  Sharing those long runs with other people in the same boat builds a strong bond between you and, whilst we all joked that running was better than therapy, it genuinely was for me.

I found that the things that were bugging me in my non-running life, became much easier to deal with after I had been running and chatted about them with the girls.  The running group I am part of caters for runners of all abilities and the ladies are training for races ranging from 5Ks to ultra-marathons. The club also provides us with training plans and keeps us motivated via WhatsApp groups and the Facebook group page.  Seeing my fellow club members at the end of the marathon was amazing, particularly as they took us to the pub afterwards to celebrate!

If you're struggling to stay motivated or just need a bit of extra support, consider joining your local running group.  Don't be afraid that you'll be the 'slowest' or the least experienced runner; you probably won't be and even if you are the slowest, you'll find you improve rapidly by running with other people there to help motivate you.

The Power of Pets

August 30, 2018
I am quite aware that people secretly think I'm a 'crazy guinea pig/rabbit lady' and if there's any bunny or piggy memes on Facebook or Instagram, I know who's going to get tagged in them!  Like many of you out there, my pets are family to me. Ever since I was tiny, there's always been a pet of some kind on the house - guinea pigs, rabbits, cats, dogs, hamsters, chicken, ducks, fish - even had a pony as a kid but obviously, that didn't live in the house!  Before you think it, no I haven't/don't live on a farm either! Aside from all the wonderful aspects of their personalities and the hilarious things they do, my pets are a way of helping manage my mental health.  Knowing that there is a small creature that is completely reliant upon you to get up every day and ensure its basic needs are met, is a great way to keep yourself motivated and on track.  The companionship and unconditional love you get from a pet is also invaluable; they don't c
Post a Comment
Read more