Staying Motivated when you just want to give up 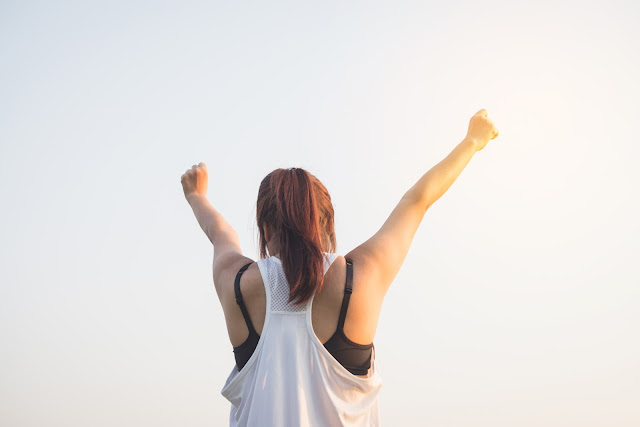 We've all been there....you're training for a specific even and at some point you just think 'what the hell am I doing?' and want to jack it all in...

This week has probably been my hardest week in terms of staying motivated throughout my marathon training.  I've felt knackered every day and all I've wanted to do is eat and sleep.  It's made me question how much I'm putting my body through.  However, coming out of the other side of this mindset, it has also made me very grateful and proud of just how much my body is capable of.

I have had IBS since I was 18 and when it flares up, which it does and often unpredictably, it can be incredibly painful - inconvenient at best and debilitating at worse.  It gets worse when I'm tired or stressed or not sleeping well.  As I've been suffering from all three of those triggers the last couple of weeks, its not been great.

However, rather than giving into it, it's got me thinking about how to stay motivated in general when all you really want to do is give in.  Here's a few ideas I came up with:

Good luck with whatever event or training you are undertaking and do feel free to share your motivational tips!

June 15, 2018
Ok so when you start yoga, people are ready to tell you all the positives - that it'll change your life, that you'll become more flexible/stronger/balanced - and all the negatives - there *may* be involuntary passing of gas, you might fall over when you try and balance, people might see your pants through your leggings - etc. etc. etc.  However, what they fail to mention is that probably the hardest thing to do is actually to pluck up the courage, book a class and walk through the doors. In a world where we spend copious amounts of our day to day life behind a computer screen, going out into the 'real' world and interacting with 'real' people is not always easy.  Especially if you're worried that those people are going to be toned gods and goddesses who weave their own clothes from yak's milk and discuss in great detail how to power up their root chakras.  Yes, yoga is a spiritual practice and to be honest, it is one of my bugbears when people just
Post a Comment
Read more